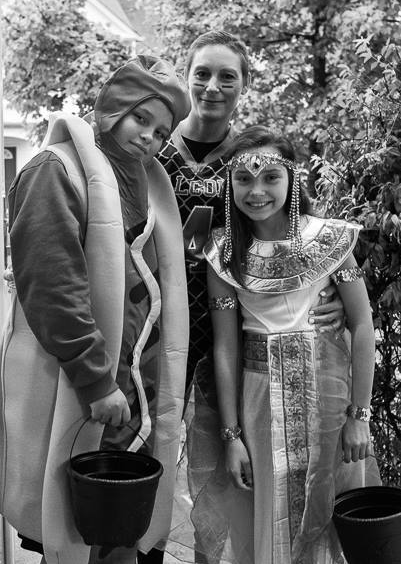 “Last year on my birthday, I found out I had multiple myeloma. I will never be able to get rid of it, but it’s manageable. We knew I had cancer, but we didn’t know what kind of cancer it was, & when my doctor told me, I said, ‘OK, what is it? Is it going to kill me?’ He said, ‘No…but it’s not curable.’ & I clasped my hands, & I said, ‘Yay!’ He said, ‘OK, I’ve never had this reaction,’ & I said, ‘Well, for the past couple of weeks, I thought I was on my deathbed & you were going to tell me there was nothing you can do. This is a pretty good consensus I think. I am not going to die — I will have to have multiple chemos & treatment, but I can do that, you know? Give me my plan & what we’re going to have to do, & I am going to run with that. I don’t have time to waste here.’

“My life hasn’t really changed that much, just because I don’t let it. I take the daily chemo pill & other medications, because the chemo can cause [other issues]. But other than that, I swallow my pill & off I go. I’m not about cancer, if that makes any sense. Cancer is not who I am. I just happen to have it, & I live with it. I’m like, ‘I have to pop a pill.’ I am trying to be very nonchalant about it; it’s what I am dealing with, but it’s not going to influence the way we live our lives. I have two kids. I am a single mom. I have an amazing support system I have to give total credit to, since I have made it through all of this.

“[Telling my kids] was terrifying, to be honest with you. You don’t want to hurt them, & I knew that telling them would put fear into them, not knowing what was going to happen; & being the mom going through all of this, I wanted to keep them in a bubble. But I believe in honesty, & I believe that they needed to know. I would be seeing so many doctors, & they would be able to know something was wrong. I sat down & told them sometimes there are ups & downs, & right now we’re hitting a low; but we would have to put up a fight, & they needed to be strong with me. We would cry together & laugh together, but we would get through it together.

“I think they became very protective. When I go to the hospital or the doctor, I tell them exactly what’s going on, so it’s very truthful. But they’re very protective — I mean constantly holding hands, or hugging me, or being close to me on the couch — looking at me & saying, ‘Mom I love you.’ I think [there’s an increased] awareness a little bit that life can be really rough, & you need to be there for each other, so I think that has brought us closer. I think also that I never wanted to take away from their childhood – I would say, ‘You guys go play,’ & even when I didn’t want to sometimes, I would, too…I ran a 5k with them with a broken rib, because my bones were compromised from the disease. We did a color run with friends of ours in Charlotte, but I walked it with them, so that they saw no matter what, we’re doing stuff. We’re not giving up. We are trying as much as possible, no matter what, to live our normal lives.”