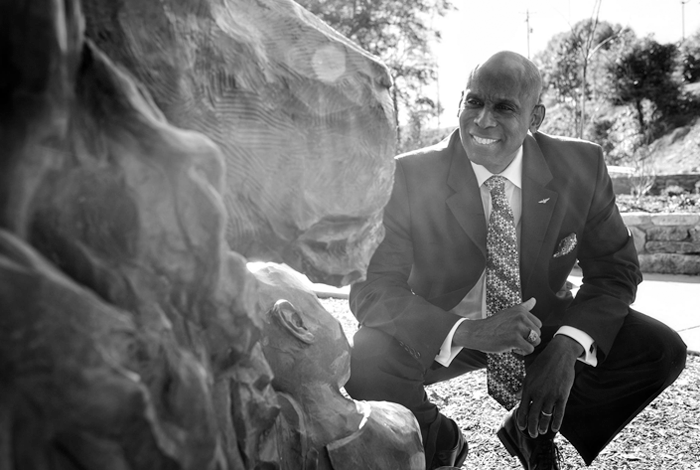 “Adversity comes when you least expect it.”

“For a year or two, I had been experiencing unexplainable skin variations. While odd, I didn’t have cause for concern, but I opted to go for a routine colonoscopy. The results were normal. However, by Christmas, 2010, I wasn’t able to lay on my stomach or my back. I decided to go back to the doctor, who said that my symptoms were probably constipation, which I’d heard before. After some time in the same condition, I went back to the doctor who ordered an x-ray of my stomach. Two days later, I received a call that my lymph nodes were swollen, and I was being referred to an oncologist.”

“At that moment, three questions went through my head. Number one, how long am I going to be here? Number two, how am I going to spend my time here? Number three, who am I going to spend my time with? I had simplified my life down to three questions. Finally, I was diagnosed with Stage 4, Non-Hodgkin’s Lymphoma, which is the most advanced form. I wasn’t given a survivor’s timeline; however, there are people who live with lymphomas for 20, 30, 40, and 50 plus years. Starting February of 2011, I had six rounds of chemotherapy. I was declared cancer free in June of 2011, buy lymphoma never goes away. It can come back.”

“At the time of my diagnosis, I was self-employed. Things were pretty tight due to the residual effects of the recession. Since I was unable to work due to my illness, I had exhausted all of my savings. I talked to some Naval Academy classmates of mine and they pooled together their resources. They basically supported my wife and me financially for the entire year. Their financial and emotional support was a key ingredient to me overcoming adversity.”

“The best advice I can offer to someone fighting cancer is to simplify your life. The top three priorities for me were faith, family, and friends. An internist told me after my first chemo treatment that the body cannot heal under stress. With that, other key components that helped me to overcome were prayer, exercise, eating healthy, reducing stress and being around supportive people. Everything else was an option.”

“Lastly, I developed a sensitivity for caregivers. While I was the one going through the cancer, my wife and those around me were also greatly affected. Cancer not only wore me down, but it wore my caregivers down as well. I’m so grateful for the sacrifices my wife and others made for me. So, if you’re battling cancer, don’t neglect asking your caregiver what they need and helping them whenever and however possible. You can overcome adversity. You can win.”