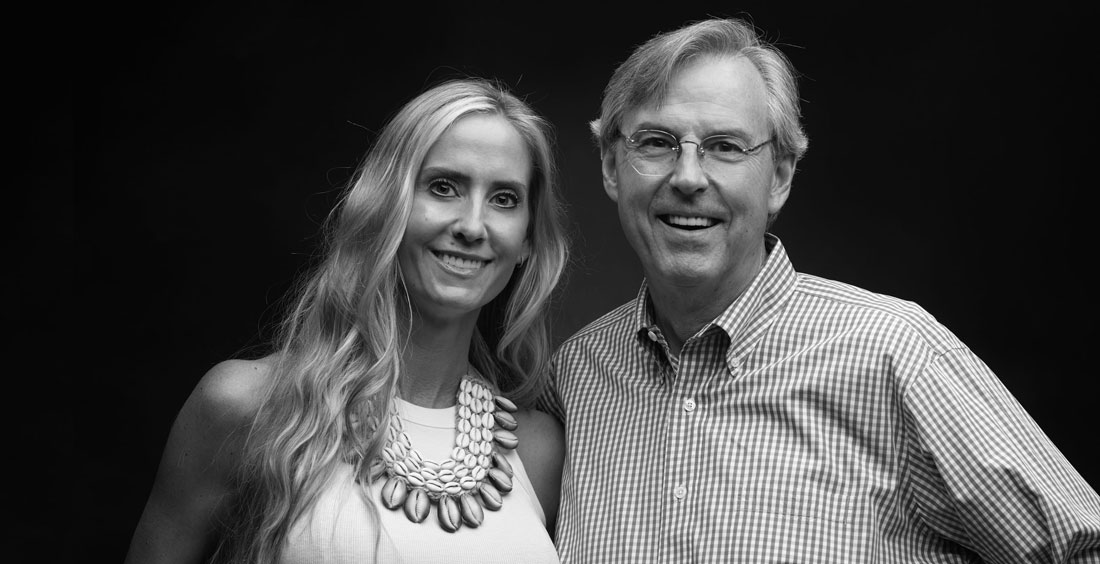 “Bad news never gets better while you wait”

Don Martin is an esophageal cancer survivor. While fortunate, he will also tell you had he taken a more proactive approach to his own health he may have caught it much earlier.

“I want every single person reading my story to think about how they can take responsibility for their own health,” says Don. “Don’t settle for ok.”

“I’ve lived with heartburn symptoms my entire adult life,” he goes on to say. He was prescribed an acid reducing drug that controlled the heart burn symptoms for over 12 years. During that time his primary physician didn’t recommend a screening EGD (scope) because his systoms were under control. Having the symptoms under control only masked the underlying disease of Barrett’s Esophagus caused by acid reflux.

Fortunately, Don met with a GI doctor in 2016 who encouraged him to get a EGD in addition to his scheduled colonscopy. This is when he learned he had High Grade Barrett’s and needed to have an ablation procedure to eradicate it. That procedure gave way to close survailance of his esophagus for four years and the Barrett’s esophagus contributed to his Stage I esophageal cancer diagnonsis in July of 2020.

Eight months later Don is now cancer free, fully recovered from his surgery to remove the cancer and ready to live his active lifestyle with his family, grandkids and friends.

“Never lose your faith and use the power of your prayers to help with the journey, no matter how tough it is.”

Don’s advice for everyone, “Do your research and be proactive with your health. Had I been more proactive we would have identified my Barrett’s Esophagus 12 years earlier and it would have been low grade.”

Don’s proactive stance stems from his experience with his first wife, Debbie. When she was first diagnosed with breast cancer in 1992, they, without hesitation, elected to pursue the most aggressive treatment there was to get in front of it.

His experiences are also one of the reasons why he elected to sponsor the Power of Prayer healing station at Cancer Survivors Park [an interactive educational platform that will be launched online later this spring].

When he learned he had Barrett’s esophagus, Don knew he had to apply an aggressor role to get in front of it and be successful in his treatment. He had always been proactive about his health, having run five miles daily and lifted weights. Don recalls taking a similar aggressive approach when Debbie received her initial diagnosis.

The Power of Prayer

When asked what advice he’d share with those in similar situations, Don mentions, “face the problem and deal with it NOW. Don’t hesitate to be aggressive, keep your faith and remain positive.”

Don’s daughter, Lauren, shared, “learn to identify and use the strength the Lord gives you. I was fortunate to develop a deep appreciation for spiritual guidance at the age of 12 that really helped me understand how I could avoid taking the day for granted.”

“I knew in 2008 that breast cancer would take my wife Debbie,” recalls Don. “We delt with the anxiety associated with our path through prayer. Prayer served as our strength.”

Debbie ultimately passed in 2012 after a 19 year struggle.

The Martin family had no idea cancer would show up again in their lives. It was during a video shoot for the upcoming Pass It Down campaign, where Don convened his entire family, that he received a call from his doctor informing him of his diagnonsis.

“Immediately I knew something was wrong,” said Lauren. “My gut told me he had just received bad news. The experience with my mother fundamentally changed me as a person. I’ve got context that not everyone has. When my father hung up and told us the news the gut punch landed and I thought, ‘not again.’”

“I felt I was numb to the world of cancer,” recalls Lauren. “But I quickly realized that it was just as scary as the first time I understood it when my mom was first diagnosed in 1992. However, I slowly came to terms with it and realized it was time to put up another fight. I knew the Lord had it much more in control then I did.”

Lauren went on to share that her family, especially her own immediate family, understands that life is precious and not always perfect. “My son (Gibson) will ask me questions about my Mom and Esta, my mother-in-law who also passed from cancer. While it’s difficult for him and all the grandchildren, he understands the concept that life is a precious beautiful gift. He genuinely believes that even though my mom and Esta aren’t here physically the memory and the love will forever live on. Gibson’s perspective at such a young age is incredible and I think that is one of many gifts that the Lord has given him.”

This serves as a proper introduction for one of Don’s favorite sayings, “bad news never gets better while you wait. I never saw Debbie cry or feel sorry for herself during her battle with breast cancer. She set the tone for the entire family’s outlook – face it, deal with it and move on. Nothing changed when it was my turn to take that call.”

Surgery in a COVID World

“The isolation post operation was tough,” says Don about his surgery. He was in the hospital for more than two weeks and was not allowed any family members. “Talk about maintaining your mental composure. Having been through what we had together up to this point I already knew the importance of surrounding yourself by loved ones. I knew I had to rely on my faith in God to give me comfort and strength.”

“I’ve lived that post operation hospital departure my entire adult life,” says Lauren. “Here you’ve got a man that lifts weights and runs every single day. But today he’s being wheeled out of the hospital in a wheelchair. It’s a picture I’ll never forget but I knew he’d be back to himself in the months to come.”

What Does It Mean to Be A “Survivor?”

“Debbie was healed the moment she closed her eyes for the last time on earth,” says Don. “I know she’s in heaven. I take solace in knowing exactly where she is. I’ve got a job to finish here on earth – to be with my wife, our children, our grandchildren, our friends and our community.”

A smile appears as Don looks at Lauren and talks about his role as “Pops” with his 10 grandchildren.

But that smile transitions into a serious look as Don notes, “but I’m also here to serve as an advocate for awareness. My experience, Debbie’s experience, I want the readers of my story to understand they have to be aggressive. Don’t wait till its too late. Having symptoms of acid reflux? Take accountability and require your doctor to do the proper screening and establish a baseline with a GI physician.”

“You really need to take your own life into your own hands,” says Don. This is why he has created and launched a campaign called the Upstate Esophageal Health and Awareness Program which has been designed to raise awareness and increase screening.

“I’m living my purpose – to help as many people as I can avoid this disease.”

CSPA is helping Don form a survivor group to support this awareness campaign. With the help of another Esophageal cancer survivor they recently secured a proclamation from Governor McMaster for April to be recognized in South Carolina as Esophageal Cancer Survivor Month.

Esophageal cancer is rarely caught early. But that’s the key to survival and why Don created the campaign. “People who have these common symptoms need to take control with robust monitoring and, if appropriate, testing. I hear people mention they have their heartburn under control through medication. That’s not satisfactory plan. You don’t want to wait till your symptoms worsen.”

Knowing that acid reflux (heart burn) leading to Barrett’s can be heritary, Don has made sure his two sons, Stephen and Jeff, along with Lauren and his wife have seen a GI Physician to establish a baseline for their esophageal health.

For Lauren survivorship is THE story of her adult life. “Cancer has had a leading role in my life for the last 28 years. Before my Mom passed she told me, ‘I am not ready to leave but I promise you are going to be just fine.’ Although we lost her incredibly too early the Lord has taken care of us every step of the way. I was never looking for another mom because I had the best but the Lord brought someone very special into our lives that has helped fill that loss.”

“Through my mother, and now my father’s experience, the Lord has given me the gift of strength and perseverance,” says Lauren. “Since the age of 12 I’ve never taken a single day for granted. Like anyone the small things can be annoying but I recognize immediately they are trivial when stacked up against the big picture.”

“If you are at peace you are living for the day,” says Don. “I’ve got a job here on earth. I’m a living example for my kids, my grandkids, my friends, my community.”

When asked to summize their cancer survivor journey in one word, Don says “faithfulness rooted in love,” and Lauren says, “strength.”

“We’re already a close knit family,” says Don. “These experiences are the fabric that bonds us together. But there’s a higher power at the center of it all and I put my full trust in God because he is always faithful. For 29 years we’ve been surviving. For 29 years I’ve never missed an opportunity to tell the people in my life that I love them.”

“God had a plan to put the right people in our lives,” says Don, noting how personal connections have had a significant role in the family’s medical journey. “I’m living my purpose and I’m ready to play that role for those who likely don’t know they need me.”