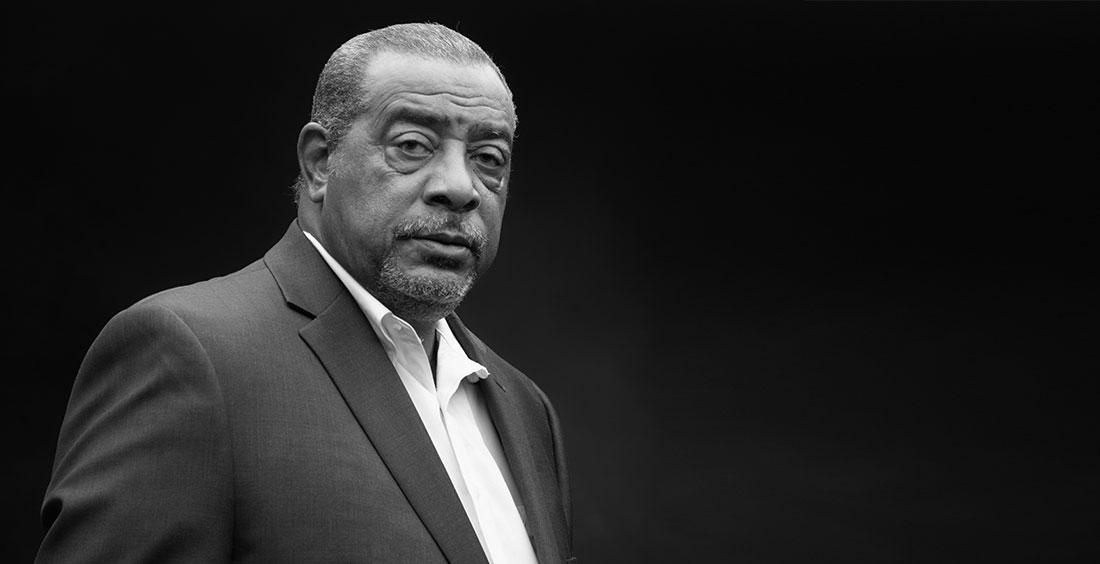 “Some of the most powerful prayers are those from others.” That philosophy is one that Gene Smith, who was diagnosed with colon cancer six years ago, gives credit to for him being a survivor.

“When your friends and family are praying for you and your recovery, it makes such a huge difference,” said Gene.  “I have a strong support staff that have been there for me, and their prayers mean so much.”

Gene’s life journey started out like many young adults – college, work, and not taking the best care of one’s self.  After playing basketball and graduating from Tennessee State, he lived in Charleston  working various jobs. He didn’t eat great, didn’t exercise much, never went to the doctor and was often without medical insurance.

However, as he started aging, his attitude towards his well-being shifted.  This change included eating better, going to the doctor regularly, and getting age-related routine checkups. Like a colonoscopy. That’s where, six years ago this March, the doctors found two masses of on his colon.

With his new focus on his health, Gene did not delay treatment. Just a couple of weeks after his diagnosis, surgery to remove the colon cancer was successful, and, in even more good news, he did not require chemotherapy or radiation.  In April 2021, he will be 6 years cancer free.

“I’ve learned the importance of being attentive to your health. You have to be mindful so things don’t get out of hand,” said Gene. “I was lucky it was found early. People sometimes take for granted that tomorrow is promised – I was guilty of it.  Tomorrow is not a given, so you really need to pay attention to your personal health.”

While much of the recovery is obviously due to his doctors and medicine, Gene, who will turn 65 in April 2021, attributes the power of prayer as one of the main reasons for him being a survivor.

“No doubt that prayer has gotten me through,” said Gene, choking up slightly in recalling all those that have prayed for him. “It’s really the prayers of others around you that are the most powerful. It was so important in my recovery. I’ve learned how to pray for others by feeling how much people cared about me.  I have a comfort zone that I get from prayer.”

A Warehouse Lead for the last nine years at Fehrer Automotive, Gene has a wonderful support staff of family and friends around him that were praying for him to recover, including his wife, Kappa, who runs a non-profit cancer organization named Go Dot Lon, named after her grandmother and grandfather, that provides financial assistance to those who have been diagnosed with cancer.

“Prayer was the key,” said Kappa.  “We were prepared through prayer. This was a new journey, and I knew God would bring us through.”

A cast of friends he has known since his days living in Charleston also help him as a survivor. “We text daily, pray for each other. We’ll talk on the phone to discuss our thoughts, beliefs and feelings.”

Gene also believes that telling people how you feel will make a big difference in other’s lives as well.  “It’s the little things – the ‘I love you’ and positive feedback – that is so meaningful to people.”

Kappa, who has been a vegetarian for the last 28 years, adds that Gene’s diet has also been one of the keys for Gene to stay healthy.

“Gene is the cook of the family, and with me being a vegetarian, he mostly eats what I eat,” said Kappa. “I firmly believe one of the main reasons he didn’t need chemo or radiation and can say he is a survivor today is because of his good eating habits.”

Healthy eating, great doctors and positive feedback have contributed to him being a survivor for the last half dozen years. But, for Gene Smith, the power of prayer was the key.