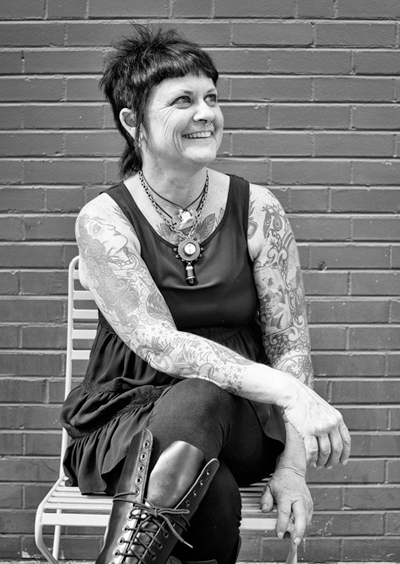 “I had a really bad cold. I couldn’t shake it.

“I remember my dad showing up in the middle of the night — at 1 in the morning — & I happened to be at home studying. My dad came up & got me. I didn’t know he was coming. He took me back to where I lived. They did a bunch of tests, & stuck needles in my throat, & took biopsies.

“They found out it was cancerous, so they removed the entire thyroid. I went through radiation treatment; I think I did it over a course of a year. I’ve just been on synthetic thyroid medicine since then.

“I don’t remember a lot of details of it, quite honestly. I remember it being scary … I was pretty mature for my age anyway. I don’t feel like it made me grow up, or become more serious about things because of the cancer. I already was; this is kind of my personality. I am very intense & serious about everything, so I was already there. Maybe that helped me to just get through the cancer thing.

“I have my dad’s personality. He never really showed his emotion…I know he was scared, because I remember him walking into my dorm. That was probably the most frightening thing of this process — I thought something must be very devastating for my dad to show up at 1 in the morning!

“I have always come from a very strong family. I think a big part of dealing with cancer — & I see this from so many, like my grandmother, who had a double mastectomy when I was a teenager — I think it’s just in your attitude. You have to have a sense of humor with it. I think you have to remain positive. I think that is really a big part of the battle. You just can’t give up on it. I am a firm believer of that.

I think that for many, it’s the unknown — that’s the scary thing.”