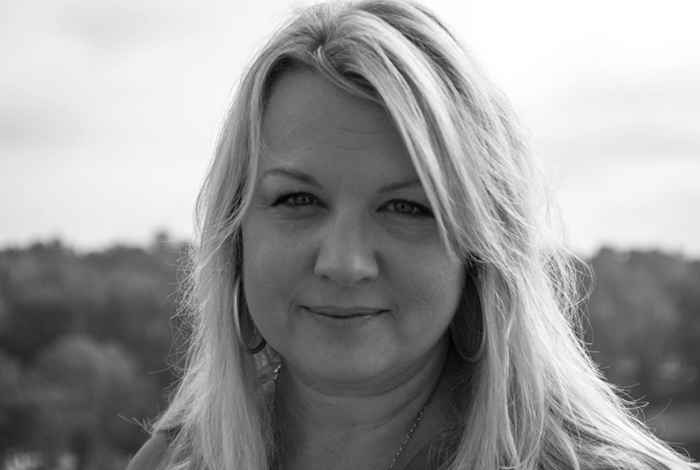 “The best thing you can do for somebody that’s going through cancer is to just tell them that you’re there for them, & do something without asking.

“In 2012, I got kidney stones for the first time. The stone was large enough where they were going to have to do lithotripsy to break it up, so they did the CT to find it. Then urologist says, ‘The radiologist noted in your CT that they got just the bottom part of your lung, & there’s a spot there. We’ll check you in 3 months.’ Three months later, it was still there. She said I needed to go see a lung specialist.

“Like most people, cancer wasn’t on my radar. I didn’t smoke. I didn’t have the risk factors. I wasn’t coughing. I wasn’t sick. Something just told me that I needed a second opinion. So in the summer of 2013, I saw another lung specialist, & he said the same thing — I just didn’t fit the demographic…but I was home for about three days, & then I got the call that said, ‘You need to have this out within the next two weeks.’ They took me in for surgery at Emory University Hospital on August 14, 2013.

“I lost half of my lung, & it was rough. Having part of your lung removed — they told me it would be tough, & it WAS TOUGH! Just the pain — just even trying to breathe… I remember yawning hurt terribly. Sneezing was excruciating, & so was taking deep breaths.

“I went back for another check-up in February 2014. They found a second mass in the same area, & they wanted to watch it…by May of 2014, they believed that it was just scar tissue. So they consider me in remission four years in August.

“Thirteen weeks after my surgery, I did a half marathon. I also got involved with LUNG FORCE, which is a division of the American Lung Association. Last year I was asked to go to Capitol Hill as the representative for SC!

“I’d love to be the person to change the world — to say this is why no one else gets lung cancer. But then it seems so much more like an uphill battle. I have to focus on ONE person. How can I make that one person feel better, or help guide them through this process? I can’t cure cancer, as much as I’d want to.

“Everyone looks at the person going through it, & they don’t necessarily look at those around the person — what those people are also going through themselves. It changed our family dynamic in that we don’t take things for granted. We don’t get so upset about little things. It also strengthened my faith incredibly.

“My biggest thing that I’ve gotten out of this whole experience is to be that example to my children. When they get upset about something, or something is hard, or something goes wrong, I say, ‘It could be so much worse! You can overcome! Look what our family was able to overcome! When something goes wrong, you don’t just fall in the hole & dwell on it — you rise above it, & you push on, & you do for someone else. THAT’S what life is about!”