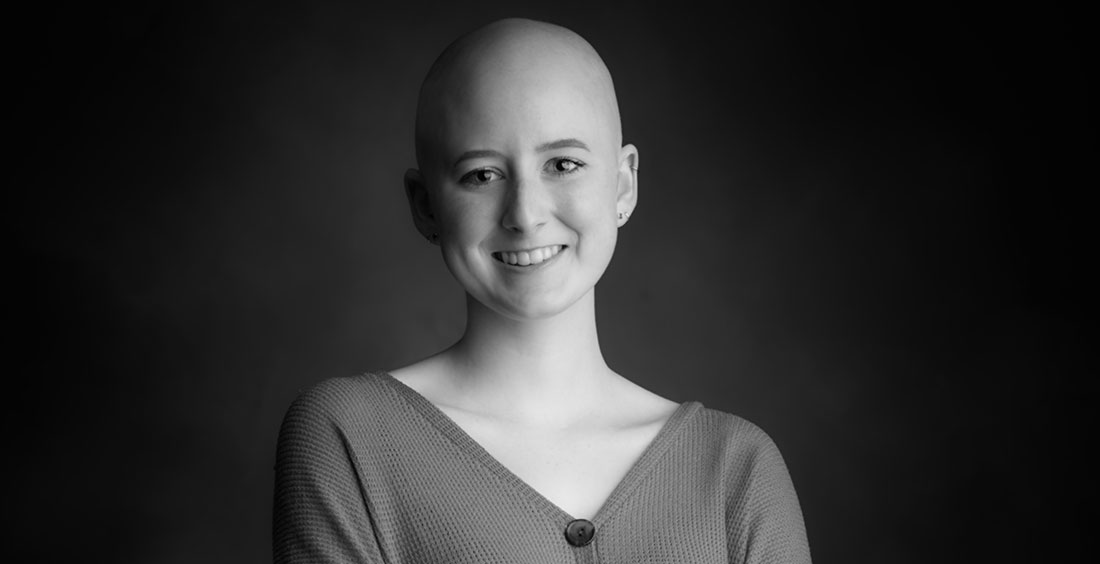 “I was diagnosed in October of 2017 with a stage 4 alveolar tumor. I don’t know how you would describe what that is. Mine was in my pelvis area, not a fun place to have it. When I think back on it, I think I had a lot of symptoms that I didn’t pick up on. I had a swollen lymph node down in that area. They did biopsies and that’s when we found out what it was. I started with the chemo right from the start.”

“I was supposed to be at St. Jude for a week, but I was there 16 months. I did all my 54 weeks of chemo at St. Jude and 33 days of radiation. I came back here for a year, relapsed, and then went back. And now I’m back and forth.”

“When I was in remission, I went every three months to St. Jude for scans for about a year and during one of those scans I relapsed and since then I’ve been back and forth three times.”

“I didn’t like being the cancer girl. I was depressed the first go around.”

“I had these little strands of wispies that I called them, the strands of my hair and so I came home and said I just need to shave them. I needed to be comfortable now with who I am. After that I was pretty comfortable with who I was. I took my big hat off. I never let anyone see me without my hat heaven forbid, so I put the hat away.”

“I was a typical teenage girl before cancer. I played lacrosse. Didn’t care much for school. And that changed somehow. I don’t really like school now, but I care more about it. I was more of a carefree person back then.”

“I graduate this year and I’ve applied to Clemson where I’m going. I plan to major in psychology. I want to be a child life specialist. My cancer has impacted that.”

“They don’t really talk about prognosis, but they’re very hopeful about this treatment We caught it soon enough so there is wiggle room to be able to try stuff. If they can remove it, then they remove it. My new tumor this time is in my breast. It’s not considered breast cancer. It’s alveolar. They told me in the beginning, my type of cancer likes to come back. And if I make it to the 2-year mark cancer free there’s a better chance that it won’t come back.”

“I’d like to hope that my cancer has really impacted those around me positively.”

“The advice I would offer to someone who is going through cancer is definitely to talk to people. Don’t keep it bottled up and to really enjoy the good times when it may come along and just sit up in bed and to just put on a smile.”