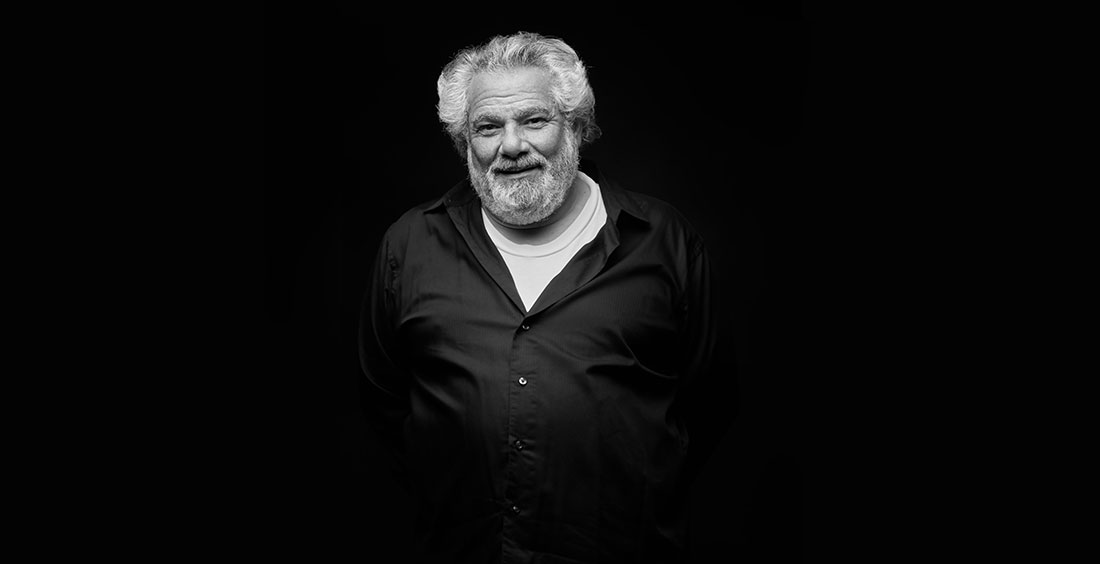 Michael Granata // Born and raised in NYC // Third generation executive chef //  Diagnosed in 2017 with bladder and prostate cancer // Father of 5, grandfather of 5 girls // Believes cooking is good for your soul // Gardener // Big sports fan, especially baseball, especially the Yankees // Loves deep sea fishing, fish bigger than he is //  Father diagnosed at 92 with same cancer Michael has.

We came here for a change of life, to kind of get out of the rat race a little bit.  We visited Greenville, fell in love with the area and said, “You know what?  Let’s give it a try.” So I came down.  I went to work for the Marriot Corporation.   Then  I met Carl (Sobiczinsky) and David Williams, and the three of us decided to get together.

I was very involved in Soby’s for about 8 or 9 years.  Then I went back to doing private catering.  I opened up a kitchen studio on the Eastside.  Then an opportunity came up to teach college.  I knew I always wanted to teach, when I was I my 70s. But I ended up doing it in my late 50s. And at 57 I got diagnosed with cancer out of nowhere.    That kind of changes the landscape.

I did a load of chemo. I did infusion after infusion.  My infusions were 8 1/2 hours long and sometimes twice a week.  I worked teaching full time while I was doing chemo.  Then I went into surgery

A surgeon in Greenville recommended this guy up in Charlotte who he said was groundbreaking.  I decided to do everything up in Charlotte with him, Dr. Chris Gaston.  July ’17 was when I had that first surgery.    I ended up having nine more.

I love to work.  It’s a part of me and that got affected.  It’s slowed me down.    I’m probably softer emotionally than I was.  Being 11 minutes away from Times Square you shoved and you got shoved.  I kind of consider myself tough. But that’s changed.  I’m at the point now where I’m saying to myself, “Do I want to go to work? 48-50 hours a week again?”  Or do I say “Ok, that’s enough.”  If I feel good I’d rather go walk around in the yard or water my tomatoes.   I started to cook a lot more at home.  I have five granddaughters. I’m with [them] every day. I cook with my grandchildren so they all love to cook.  That’s what keeps you going.

I had surgery last week. I’m cancer free.  But what I’m dealing with are all the side effects of the cancer.   I have severe nerve damage.  I had spinal cord surgery last Friday to block pain messages to my brain from my left leg.  Everything is a trade. I trade one thing for another. I’m in pain 23 hours a day.  The pain from the nerve damage was so strong that I was willing to go back into surgery and lose that.  I don’t want to go back into surgery [but] you choose the battle.  Now I’m going to trade that pain [for a device implant].  I’m going to have electrical shocks running through my system. What I’ve been doing for the last year is just trying to find a switch, just turn it off every now and then. Hopefully I found that.

When I first got diagnosed I got the right guy.  Britt Bowman. He has been the absolute biggest straight shooter.  We both like baseball. He kind of likes to cook.  He likes to deep-sea fish, ocean fishing.  So we had a little bit of common ground.  He’s my go-to guy for everything.  He’s been tremendous, not just in my oncology stuff, but psychologically, emotionally, and will comment on stuff that I’m dealing with and give me his opinion.

He was using me to talk to other cancer patients.  “They’ve got decisions to make.  Come.  We’ll tell him your story.”  And I call.  The thing with cancer is that if the disease doesn’t kill you the cure will.  So the cure is difficult.  I tell them it absolutely sucks, but I tell them that I still believe there’s a light at the end of the tunnel.   And it’s helpful.  It’s helpful to me and to them. They talk about the cancer survivors park and what is that?  That’s part of the healing. The cancer park is a place that I can continue to heal; just talking about the cancer survivors park helps me.

You’ve got to build your team.  When you go into this, when you decide to do it, you have to build your team.  Your team is two sides.  You have emotional support. My wife’s been at my side every moment.  My wife and my children have never left my side.  It’s a godsend.

Then you have the physical side.  I’ve been brought into operating rooms over and over again.  I want to be awake when I get wheeled in.   There are people in that room who are going to be a part of what I’m about to do.  I don’t know their names.   I want to know who they are when I go in there.  Fist bump me.  Elbow bump me.  I want to say hello.

You have to commit to it. If you don’t commit to it, you’re not going to fight that battle.

Commit to it and you’ve got to fight it.  You go in and you fight it with everything you’ve got.  I can’t tell you how many times I laid there and said to myself, “Why the hell did I choose this?  It would be so much easier to fall asleep.”  But I kept waking up.  I kept waking up. I still continue to keep waking up.  And through it all, you keep going.  What I’m saying to myself now, “Man, what a great Christmas this is going to be.”