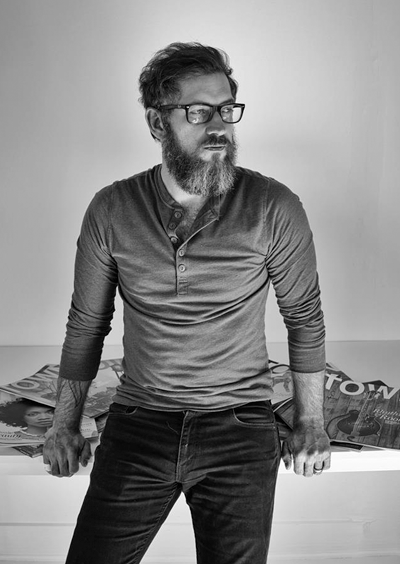 “After he found the tumor, he got a letter from the VA saying various people exposed to Agent Orange in Vietnam were coming down with various types of cancer. He had been disabled most of my life; since 1988 with pancreatitis, & almost died from that. So he was disabled in 2003, when they found the tumor. He did his own research in ‘88 & ’89, & did it very privately. They did discover Agent Orange poisoning in his blood. Nobody at the VA took it very seriously. They basically said, ‘Well, it’s there, but you’ve been fine for all these years’ – but he was never happy with that conclusion. My dad’s relationship with the VA – & the fact he was in the army anyway – was really a disappointment all the way through. He joined the army out of a broken heart, even though he would’ve been drafted anyway…

“Pancreatitis added 10 years to his life mentally & physically. He was legally blind. He couldn’t use his hands as normal; couldn’t drive; couldn’t work. He basically stayed in the house I grew up in in Travelers Rest for 15 years & did his own thing…he was depressed, really. But if anything, what he did his entire lifetime was have a great sense of humor about everything with me. He wasn’t a great talker, but he was a great listener. He was my buddy, my best friend – the best listener in world. No matter what I was going through, my problems were always bigger than his…Thankfully, nowadays, my mother MaryAnne plays both parenting roles.

“I didn’t know my dad was depressed until I was older enough to understand it. My dad had an immense amount of guilt for not being the father he wanted to be. If I gave too much attention to him because of his disability, he felt guilty; or it hurt him in some ways. So I did anything I would’ve done as a normal teenager. I chased girls; I went to shows; I tried to go on road trips. I was just trying to be a boy in his 20s, & it took him to really die before I actually became a man. It was a wake up…He lasted a week after my birthday. He made a point to stay here until my 27th birthday.

“What kept him going was me being happy, me achieving. I really didn’t start achieving in life until he died, because I promised him minutes before he died that I would continue to make him happy. If I am successful now, that’s why.

“I’ve been a visual person all my life, & my dad was especially. Looking at things calms me. My dad was a really good artist, an amazing illustrator. A lot of his work – which were just doodles to him – there’s hardly anything left, which sucks, because he would do it all the time. I was an illustrator & did more cartoonish kind of things growing up, & when he died, I promised him I would continue it. That’s why I do what I do now.

“When I was younger, thunderstorms were a big thing for my dad & me – they’re a huge thing for me still. It’s kind of like Mother Nature’s way of communicating with itself, in a weird way…Weather has always been very interesting to us. We had this little converted garage that was a game room & my dad’s hangout, where a lot of this [storm watching] was done. It had a pool table, a bar, tons of art books, Shakespeare books – just all the kind of the stuff he was into. Then there was the screened door, & the backyard & enough area to see the sky. So when it was storming, we would just sit there. I had my first beer with him there. Just the sound of it in general, we loved.

“For his funeral, we had two visitations: one in the Knoxville, Tennessee area – Maryville, where he’s originally from – & one in Waynesville, where he’s buried, & where my grandmother is. So during that one, I got up & said a few things about my dad unannounced, & I remember that the whole time – I think the song was called ‘A Quiet Storm,’ & I think it’s Smokey Robinson & the Miracles – that was playing. My dad LOVED Motown, so it played very softly during the whole service. At the end [of my remarks], I said, ‘Every time it rains, every time it storms, that’s his way of communicating with me.’ So after that particular service, we started driving home. It started raining in Waynesville. It rained all the way into Greenville, & for 22 days it rained here. 22 days! That was an unreal phenomenon.

“Then the first time I went & visited him in Waynesville – the first time is always the worst. You never know what to say, & once you leave the first time from visiting a dead parent, it’s always very confusing…I remember I called him by his nickname. Every time I visit him now, when I leave I honk the horn three times for ‘I love you.’ But when I came back from that first visit; the next day, it flooded in Greenville…I actually now have a tattoo of a thunderstorm that I got 5 years ago.