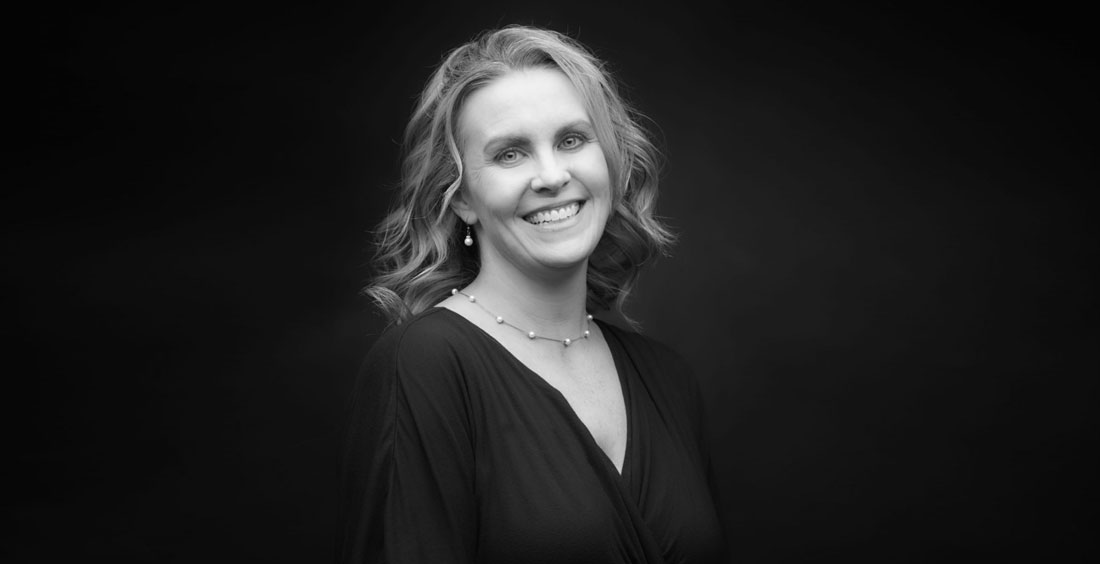 2021 was 10 years.  My endocrinologist says that since it was caught early, my blood work shows no sign of residual thyroid cells, and all of my ultrasounds have been clean, I’m now considered to be in full remission.

I was born in Miami, back when ultrasound technology wasn’t routinely used to tell the sex of a baby before birth.  I was always told that after my arrival into this world, my dad said he would not raise a girl in south Florida. So when I was right at a year old, he, my mom, who was originally from Oconee County, and I, packed up and moved to be closer to the rest of her family. I’ve lived here ever since.

My cancer journey began in February of 2008, not long after I gave birth to a beautiful, healthy, baby girl.  One day in April, as I was nursing her, for whatever reason I reached up and touched my throat.  I thought, “That doesn’t feel right.”  I felt a knot in the front of my neck, particularly when I swallowed.  So I made an appointment with my family physician.   I was seen the next day.  They drew some labs and ordered an ultrasound.   My bloodwork showed that my thyroid levels were really off, but that was thought to be an autoimmune response from my recent pregnancy.  The ultrasound showed a thyroid goiter, with several nodules.  A fewl months later, I saw an endocrinologist. A nodule was biopsied and I was told that it was completely normal, a fluid filled cyst, that is typically not cancerous.   The doctor drew as much fluid off as possible, telling me that it wasn’t uncommon for it to increase and decrease in size, related to fluid changes. At that point, life moved on and everything was ok.

December 2010 I was in the last year of my Master’s program at Clemson and it was the day of my last final exam for the fall semester.  When I awakened that morning, I immediately felt an odd discomfort in my throat and it felt like I had swallowed something that got stuck about mid-way down.  My neck, in the area of where the mass had been, was tender to touch and I figured the cyst must have come back and was bigger.  I had my routine follow up with my endocrinologist already scheduled for the following week, so I just decided that I would let her know then.  Over the next few days, however, I became concerned when my heart rate sped up and I felt like I had been supercharged with caffeine.  Overall, I just didn’t feel well and I started rapidly losing weight. I would later understand that I was experiencing what is called a “thyroid storm”.

When I saw my endocrinologist, she tried to drain the cyst, but wasn’t able to get any fluid out, even after changing needles and approaching it from a different angle.   She then said that she would get the best tissue sample possible and send it off to a lab to see what was going on.   The week before Christmas, she called to tell me that the results came back showing abnormal cells and she was referring me to a surgeon.  I knew at that moment that it was cancer. All I could think of was the possibility of it being my last Christmas.  But I refused to tell anyone other than my mom because I was not about to let it overshadow the joy of Christmas. After a discussion with the surgeon, it was decided that he would take out the entire thyroid.  Surgery was scheduled for a few days after the new year.   The pathology report came back as papillary carcinoma but it was completely contained.  No lymph nodes.  Treatment would be easy, I was told.  And ultimately it was.

Going into the surgery, I thought the thyroid would come out and I would take thyroid replacement medication, and life would move right along hardly interrupted. But there was a complication.   It was soon discovered that I had developed a parathyroid disorder which meant that my bones were not getting the message to release enough calcium to maintain the electrolyte balance in my body.  My calcium levels dropped rapidly despite taking supplements, one after another. I ended up being in the hospital for almost 10 days before they were able to get the right combination of medication and calcium replacement so that I could go home. In that first year I was hospitalized 3 or 4 more times due to issues related to low calcium and kidney problems.

My daughter doesn’t remember too much about this time.   She was fine, she had grandparents to spoil her rotten.   But my memories are my fear of her living without me.   It crushed me to think she would never remember me or know how much I loved her.  And my mom.  She has always been my rock.  She was there with me through every step and so many times I saw the anguish on her face, watching me go through it all.  To think of the pain she would experience if she lost me was completely overwhelming.  As I layed in a hospital bed losing calcium faster than it was infusing, I had a conversation with God that went something like “Really God? This is how I’m going out? Like, I know how this ends. If something doesn’t change and someone can’t figure out how I can keep calcium in my blood, my heart is going to stop and that’s it. My daughter will never remember me. Why have you brought me this far for this to be it?” I was answered pretty much immediately. In the quiet of that room, within my ears I heard: “Do you trust me or not? You say you do and it’s really easy to have trust when things are going well, but when things get tough it’s a different story. You either do or you don’t.”  I knew then that my only choice was surrender and I didn’t want to just be a fan of Jesus, but a follower of Jesus.  That meant accepting that, no matter what, His plan for me was perfect and so much better than anything I thought I knew.

I don’t necessarily feel like I should be called a survivor.  There are so many people who have had treatments and surgeries that have been so much more brutal.   There are so many more things than cancer.  The whole situation made me have to fight for so many things and not just my health and my life.  I had to change how I was walking through this life.  It wasn’t easy but it has led me this far in my story and because of the person I have become, I am glad.

I cannot stress enough how important it is to stay positive, no matter what.  Find things to be grateful for and refuse to let a diagnosis define who you are, how you live, and your level of joy.  A health obstacle, no matter how minor or significant, is certainly part of your story but by no means is it the only story.  It doesn’t get the opportunity to overshadow everything else that we are, have done, or will do in the future.  It will be difficult at times and it will forever be there as a chapter but who you emerge out of it will have so much more to tell and teach everyone else.  Above all, find faith and hold on to it. There will be battles that you cannot fight alone and there is no greater army you want behind you than the one that is created by our Father.   Lastly, never miss the chance to express your love to those closest to you and to everyone else you encounter along the way.