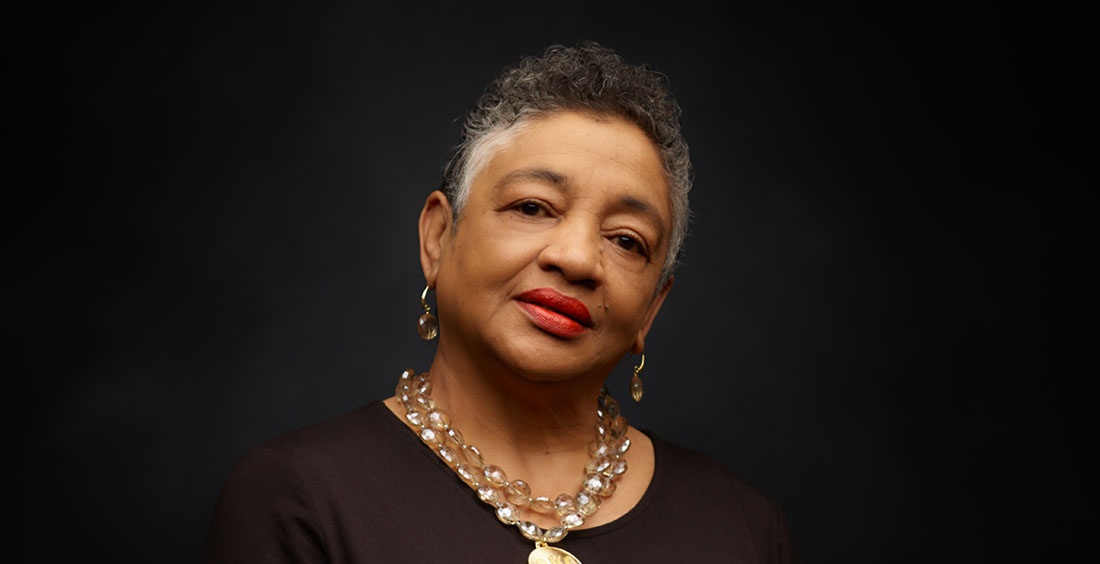 I am originally from Berkeley County, the middle of nine children.  I retired from Phillis Wheatley as the Deputy Director for Programs in 2003 and then did after school and summer programming at my church, St. Mark United Methodist Church in Taylors, South Carolina for five years.   In 1997, my symptoms began. I was always tired; I lost my appetite and I suffered with cramps and low blood.  Most days I had to force myself to work.  Looking back on it now, in a way, my work saved me. If I did not have my work, I would have lost my mind.   Fortunately, I had tenure and a flexible work schedule that allowed me to arrive late morning and work until 9 or 10 at night.

It took two years to diagnose my small bowel cancer.  I have been told that it was a particularly rare type of cancer.  At that time there were less than 50 diagnosed cases in the United States. Before the diagnosis I was having monthly blood transfusions along with iron injections and what seemed like an endless number of scans and other tests.  I saw gastrologists, hematologists, oncologists, and submitted to weekly blood draws. Having exhausted what, I thought were all my options, we were exploring the possibility of going elsewhere for help. I was less than thrilled by that thought so, in a final attempt to be cared for here, I was referred to Dr. Sam Smith a GHS (Prisma Health) Hematologist.  After reviewing my records and examining me, Dr. Smith  did not know what else to do except repeat some of the same tests I’d had done before. This time however, the results were different. He found the tumor and I went from his office directly to the hospital for immediate surgery.

As I undressed in my hospital room, I said, “OK God”, I have done my part, I release everything else to you.”  My surgeon, Dr. Robert Sticker, also with GHS, was very reluctant about doing the surgery because it was so different.  When he came in, all I heard was, “I’m going to do my best.  I can’t promise anything.”  And I said, “Ok.” Because at that point I totally released everything to God.  It was too heavy for me.  I could not carry that any longer.  I had been faithful.  I had been persistent; I had been aggressive.  I had been listening to Him talking to me.  I had my surgery in April of ’99.  I did six months of chemotherapy, what I called my insurance policy, and finished in October of ‘99.

In ’94 my sister Brenda who lived in Orangeburg, South Carolina was diagnosed with breast cancer.  She had a mastectomy and several rounds of chemotherapy.  Declared cancer free, Brenda was there for me every step of the way from 1997 when my journey began straight through my surgery and the treatment that followed in 1999.  Shortly after I finished my last chemotherapy treatment, my husband Solomon and I traveled to Orangeburg to visit Brenda and attend a South Carolina State University football game. Many in my family including Solomon and I are graduates of SC State.  In fact, Solomon and I met there as students. Orangeburg and the campus of SC State was the family spot. Everybody showed up.  I noticed Brenda seemed a little melancholy that weekend. She could not tell me herself but rather, she had Solomon tell me when we got home, her cancer was back.  After five years, her breast cancer was back with a vengeance.

At the same time, my mother – a special ed teacher for 33 years – had double knee surgery and Brenda is traveling forth from the hospitals in Orangeburg and Columbia dealing with her cancer and all that came with it. It was now my turn to be there for both my mother and Brenda. So, I’d leave Greenville on Friday going to Charleston, which is where my mom was recuperating.  I would spend Friday night with her, and then travel back to spend Saturday night and Sunday with Brenda who was in the hospital.  In August of 2000, my big sister Brenda died.

And then after this, as fate would have it, my husband Solomon Sebastián was diagnosed in November of 2000 with prostate cancer, and my father-in-law Solomon died a month later in December.

Well, the prior two years prepared me for what I went through at that time.  It taught me that faith was important.  It taught me that being aggressive and persistent, two different things, about your health was important.  It taught me perseverance. Those two years taught me how to take one day at a time.  I prepared for each day in prayer. At the end of each day, I would process it and take from it whatever lessons there were and strength to be gathered and move to the next day. I realized that I could not then, and I cannot now do anything on my own.

In addition to my fight with cancer I developed diabetes. I am a diabetic.  I have changed my diet, except for eliminating rice, in moderation because I am a Geechee!  I have lost a considerable amount of weight.  I was never a big meat eater, but I am a lover of seafood and vegetables. I eat a lot of fresh fruit.  And I am a chocoholic.

You remember my mom had the double knee surgery?  Well, in 2009 she came to live with us in Greenville.  When she arrived, she was 90% blind and in a wheelchair.  I thought I had learned patience in ’97 and ’98!

When I am faithful in the Word, I am in the Word. I always feel His presence.  I am a positive prayer warrior.  When I feel the need, or someone or something drops in my spirit, it changes my emotion.  If there is a thing or a person connected with that, then I pray for that person.  My prayer for myself is that He grant me wisdom and understanding.  That is my constant prayer, because with wisdom and understanding there is nothing you cannot face.  It may not be what you want to face, but my prayer life strengthens me, and it enables me to face whatever challenges come my way.

I was reared by my grandmother Daisy.  My mother Gwendolyn earned a teaching certificate and taught school during the school year and took classes at Morris College in Sumter, South Carolina during the summer months. My father Bruington worked at the paper mill in Charleston and my grandfather Daniel, worked on the railroad. My Grandmother Daisy cared for us. We lived next door, but grandmama’s house was home. She was a very spiritual person.  Grandmama always prayed about everything. When it was storming, she would put all of us all in her bed and read scripture.  When the storm got to be at its height, she would begin to pray.  She would say, “God is moving.  You’ve got to be quiet.”

Surviving means moving forward. It is when we linger in the past that prevents us from seeing tomorrow.  It is a daily thing.  God gives us everything we need but we must listen.

We must listen.  I cannot walk up to a person and assume I know how they are feeling.  I can identify with what they are going through.  The fact that they can say, “I have cancer” indicates to me that they want to talk about it.  My first response is to say, “Ok, let’s talk about that.”  I open it up to them to say whatever it is that they want to say.  I listen first before I speak.

God makes provisions.  He gives us wisdom.  He gives us understanding.  In the two years it took from first symptoms to diagnosis, if it were left up to me and not my faith in God, I would have crawled up in the middle of my bed and just have been there.  I would have said, leave me alone, I am tired.  This is not living, so just leave me alone.  But my faith taught me that I was not alone.  There was always another door.  It may not have been the door that I wanted open, but it was a door.  I would have to decide if I was going to deal with what was behind the door or shut it and do nothing or open another door.

God always makes provisions.  We must do our due diligence in listening to what He is saying because He talks to us all the time.