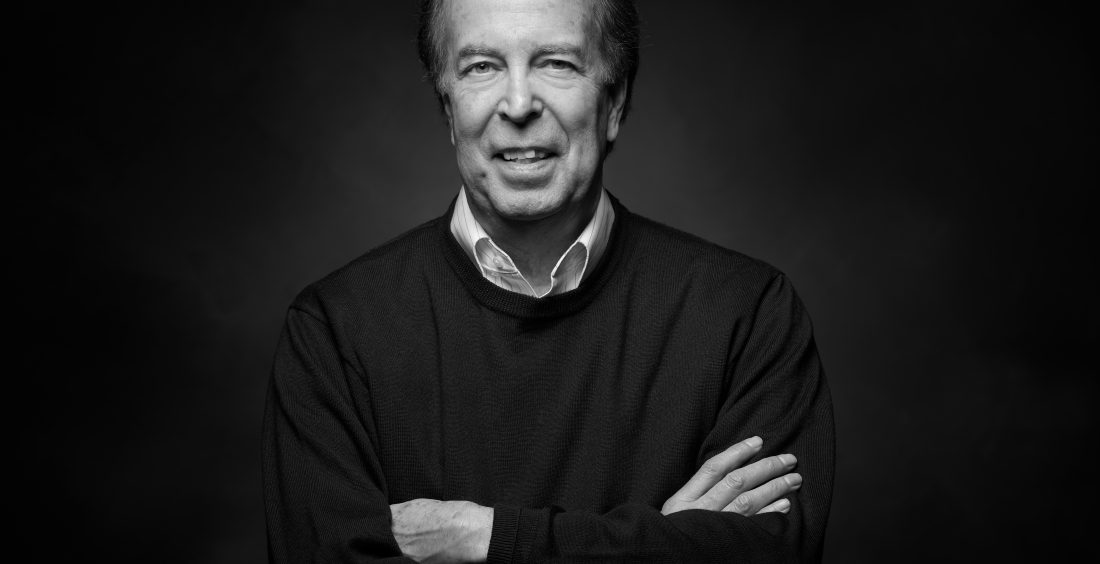 Steve Johnson. Serendipity. Luck. Courage. Determination. Pride. Excellent medical care. Strong community of family, friends and strangers. These are the hallmarks of the Johnson family’s story of survival of their daughter’s cancer, from a casual conversation at the 2017 CHOP Cancer event to the 2020 birth of their first granddaughter, Maggie.

At the CHOP! Cancer Gala in 2017, Greenville oncologist Larry Gluck and his wife Diane, good friends and neighbors, asked us to join them at their table. . . Just kind of casually over dinner Larry said, “So what is your interest in cancer?” I said, “Well, it’s kind of pervasive in my family. My father died from it, his two sisters died from it, we believe his grandparents died from it.” He immediately said, “You need to be genetically tested.” Larry emphasized, “Time is of the essence. This needs to be an urgent thing!” I asked what it entailed and literally the next week I met with the genetics counselor at GHS. A week and a half later, I met with her again. She said, “Here are the results. This is the BRCA gene. I know you have three daughters. They need to be tested. Now.”

I immediately got in touch with all my daughters. It caught them by surprise. It was something that came out of the blue. They knew what had to happen. They agreed to be tested locally, where they were, and the results to be sent to GHS.

The CHOP Cancer event was in late March, early April. My results came back mid-April. Late April they were being tested. Early May their results came in. Larry took a look at [Sarah’s results] and said, “You obviously have the same BRCA gene that your dad does. I would highly urge you to have a scan.” From that something suspicious showed up on her scan.

Part of what I had to deal with was a heavy sense of guilt, because I had given this to her. The idea that you have a defect that you knew nothing about gave me a huge sense of, “What have I done to my beautiful young daughter who is having to go through all this stuff?” It was most intense the morning of the surgery in New York. . . She was in recovery and when I walked into her recovery room with all this guilt, the first thing she said was, “Dad, you saved my life.” So that changed a lot of the perspective. It was a very poignant moment that relieved a heavy burden. That was probably one of the most emotional. . . The most emotional is finding out; the second was having to tell them; and then three, seeing her go through all this. But that was big.

Although Sarah had her surgery at Mt. Sinai in New York, after consulting with Dr. Gluck she decided to return to Greenville for chemo. Not only were her parents here, but the humane approach of the GHS team of cutting edge, personal, wholistic care made the decision easy. She and her husband came home.

They moved in, their dog moved in. She started chemo in July, finished in mid-January, and then exactly one year later she was pregnant. The baby [Maggie] came October 6, a perfect baby. I am totally sure that by the time Maggie gets to the point of having to worry about this, there will be an ability to turn on and turn off gene mutations. So I believe that in her lifetime it will be something that will be controllable.

We all came together as we have never come together as a family before. We were always close, even though our kids live in different cities. At that point, they were in New York, Allison was at Georgetown Law, and Caroline was in Chicago. But it truly brought us together. Sarah felt great support from the family. Everybody embraced her baldness. She maybe twice wore a wig. She said “I know what I went through. I’m proud of it.” She did mention that one of the things that you feel is community. You feel the community around you.

Everyone was always asking, “How is Sarah?” Of course that gave us a feeling of community as well. It was just little stuff that meant so much. Neighbors brought in food. They put up a food train. They just never seemed to forget, any time you saw them. It truly made a big difference in how we dealt with it.

Not surprisingly, Steve’s journey was closely tied to that of the rest of his family. As the routine of Sarah’s treatments became more familiar, he experienced a broad and sometimes paradoxical range of emotions.

It was really tough in the beginning when the chemo started. We’d been through two or three months of chemo. We give our dog a mixture of canned dog food, dry dog food and green beans. I had the glass dog dish. I was in there with a big spoon — chop chop chop –and Sarah left the kitchen in tears. She didn’t say a word but she left sobbing. And I went, “What was that?” Ben came down and said “Just understand that everything is on edge and any sensory change, noise, can immediately trigger emotions that are just beneath the surface.” It was a key lesson in knowing that she was probably struggling much more than we knew. She controlled it very well but just beneath that surface there is so much emotion likely boiling beneath the surface.

What begins to kick in is your faith, your family and the support you get from your doctors. Especially with the PRISMA team, you really come to the awareness and true belief that you can do this. You can take on this challenge. And she just was a trouper, totally.

In the first couple of treatments, it was very tough emotionally to see her just lying in the bed. What was exciting was seeing her up and around in Week Two and running in Week Three because she was going to beat this. That made you both happy and very proud. She’s a very disciplined person. She had a very regimented approach to challenges. She approached this the same way, very methodically.

How has it changed our perspective? You realize how on one hand, how fragile life is. But on the other hand you see how strong, determined and committed someone can be to overcoming what comes along. And Sarah did that.

As for what it means to be a survivor, Steve describes it proactively.

You can take charge of a large part of your health by exercising, and attitude.

Since the Johnson family approached Sarah’s illness as a team, with participation from all, it’s not surprising that Steve would ask Sarah what it means to her to have survived cancer.

It’s kind of a reset button. You have been through something very difficult that a lot of people don’t go through. It’s an opportunity to reset your life, to figure out how you’re going to live a meaningful life for yourself and others.