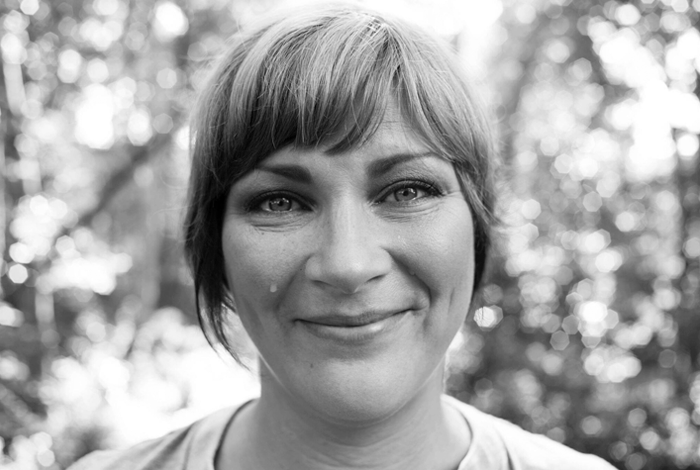 “In my life, I’ve seen a good deal of cancer. It would be easier to tell you how many people in my immediate family DIDN’T have cancer. It started when I was very young, & my first experience was with someone very close to me. I was 9, & my cousin was 7 when he hurt himself playing basketball. We found that he had developed cancer in his knee, & they had to remove his leg at the knee; later at the hip.

“When I was a junior in high school, my dad’s father — who ate more Tums & Rolaids than anyone I’d ever seen — got diagnosed with esophageal cancer, which very quickly progressed, & we lost him when I was at a Clemson football game. The wind went out of my sails when everyone else was cheering. I knew something had happened. That one was probably one of the hardest…[Tears & laughter.] I’m sorry, I always get emotional when I talk about it!

“It was 2 years ago when my sister called us from Charleston to say she was having a biopsy. It happened so quickly: breast cancer hit us like a wall. It was luckily very small, & she had surgery immediately to have her breast removed. It was a lot of long distance cheerleading, & at any turning point, we were down there for her — lots of trips down for chemo & things like that. I’m lucky in my life that I’ve met some of the most amazing women who have survived breast cancer & are fighting it. One amazing group of women, the TaTa Queens, sent my sister a giant box filled with things for treatment, which was one of the most beautiful things I’ve ever seen. She just felt so immediately loved & cared for by so many people. The chemo hat — a little pink stocking cap — & a little pillow for her to put under her arm post-surgery, which was absolutely life saving. The most important element of it, I think, was the homemade ‘Dammit Doll.’ It gave her the opportunity to just take the doll in her hand & express her anger, frustrations & everything. Just damn it, damn it, damn it! It was incredible, the outpouring of love and care. They had also contacted me almost immediately, & were such a source of support & information. I love these women so much.

“My husband lost his mom in 2005 to lung cancer. It was devastating. He got a little upset the other day, because he said, ‘I don’t like this part of the healing process where you get to this point that you’re healing so much, you almost forget what your mom was like when you were an adult.’ He has all these memories of her from when he was a child, but said he felt guilt because he was forgetting what conversations were like with her as an adult. I looked at him & said, ‘That’s proof right there you shouldn’t feel guilty, because you are still feeling that pain. You shouldn’t feel guilt for that, because when it does resurface, just let it come. It’s OK to be OK with it. You’ll NEVER, ever forget your mom, EVER.’ Just because you’re at a healing point where it’s time to let some of that go, it’s NOT wrong. It’ll never just go away completely.

“It’s such a hard process to treat cancer & survive it that you have to celebrate every change, every turning point, every time you have a memory or experience something new as a survivor. It’s so important to always do that. I’m a survivor in that I survived all of these people that I know who are gone; & then I’m a survivor in the fact that my uncle, both my aunts, my sister, & two of my second cousins have all personally battled breast cancer themselves & also survived.

“So I have all of these people who are connected to me — my cousins, my uncles, my grandfather, two cousins on dad’s side, two cousins on mom’s side, my mom’s sister, who has been through liver cancer — I look at that family tree & see so many types all around it. It confuses you, because it’s like, ‘Well, which one am I gonna get?’ It scares the bejesus out of you, but you can’t live your life constantly concerned you’ll get cancer. You have to go on, try to find the most positive thing you can focus on, & focus on that stuff. What matters is the quality of life. Yes, I have breast exams, & yes, I wish there was a way to do more testing. You can do tests to see if you are predisposed, but if you look at your family tree & see it so much, you know that already. Geographically — like if I look at my hometown — sometimes I think, ‘How many people have some sort of cancer caused by the environment? What were we exposed to? What’s in the water there? What’s under the ground there? What’ve I been walking in? Those thoughts happen, & we just have to try to know that we are ALL going to die of something, & so we cannot live our lives afraid.

“You CAN survive. You CAN beat it. You have to believe, & early detection is the most important thing, I think. Even if you’re a survivor, you just have to carry on, & you have to connect to people; let everyone know that they aren’t alone. You have to appreciate the time that you had with those that you have lost. The worst part is the process. Every day once the diagnosis happens, it’s so hard…either the inevitable happens, or the day happens where they say, ‘You are cancer free.’ There is relief both ways. You can’t feel guilty about someone passing away. My grandfather was so sick, & we loved him so much; but he felt so bad that it was almost a relief for us when he could let go. It’s so heart wrenching to watch that pain, & that hunger for life where they want to live so badly, but it just hurts so much & feels so bad. When they don’t want to let go, because they are worried about us, it’s like, ‘We’ll be fine. We’ll miss you like crazy, but it’s OK to just let go.’

“Sometimes I think you don’t have a zeal for life until you’ve watched someone’s life taken away from them. Sometimes we just need to look at each other & cry, & get that emotion out. We are survivors, & we have to carry on with our lives. We can’t let it drag us down. We have to remember that those with cancer fight so hard for US. A lot of times, it’s not so much for them. The human spirit is such a beautiful thing.”